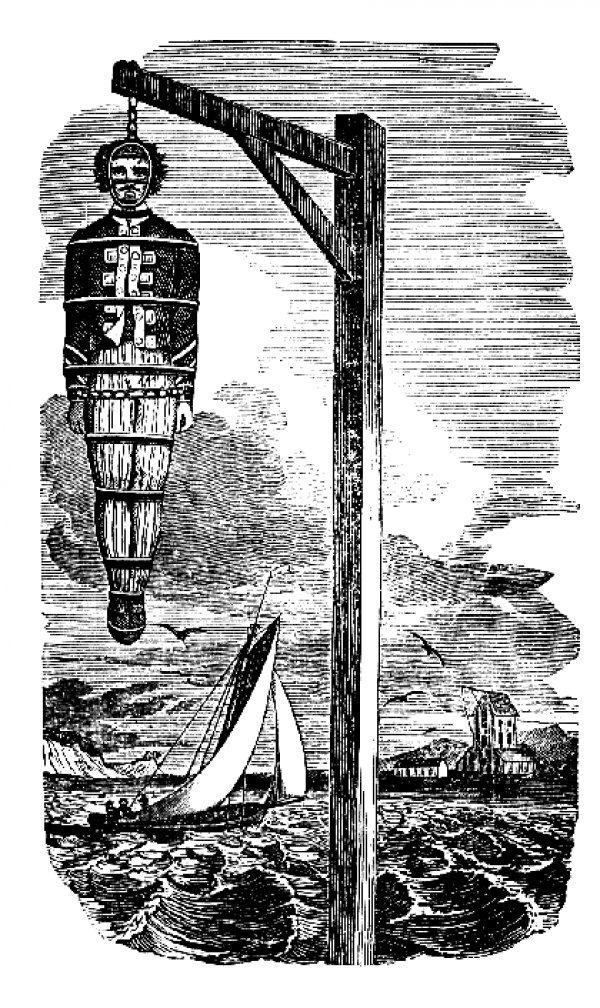 As a pirate, Captain William Kidd was neither prodigious nor especially successful. In fact he was pretty useless, but he still suffered the same fate as befell many of his Golden Age cohorts.

Kidd came to piracy after an unremarkable spell as a privateer. He had been given a ‘Letter of Marque’ to hunt down Thomas Tew and several others thought to be sailing the Pirate Round – any foreign ships encountered along the way were deemed to be fair game too. However, Kidd found none and, desperate to cover his costs, he turned to piracy before his crew could act on their threats to mutiny. But even this plan went awry, when Kidd accidentally killed one of his own gunners in a disagreement about attacking a Dutch Ship.

More ineptitude followed. In 1698 Kidd captured the treasure-laden Armenian vessel ‘Quedagh’ but discovered that it was commanded by Captain Wright, an Englishman who was acting on behalf of the French Crown. Kidd offered to return the ship, but his crew argued otherwise and he relented. This rash decision marked Kidd as a proper pirate, and he was hunted as such.

Captain Kidd finally came undone when a former investor lured him to Boston with the promise of clemency but sent him back to England for trial. He was executed on May 23 1701 but, as a final insult, the hangman’s rope snapped on the first attempt. Kidd’s body was then put in gibbet over the Thames as a warning to others of his supposed ilk. It was a poor end for a man who was never really much of a pirate in the first place…