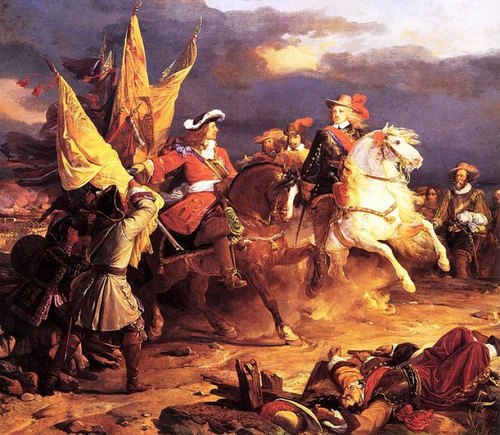 Piracy in the Caribbean fell into decline towards the end of the 17th century. However, the period following the War of the Spanish Succession from 1701 to 1714 saw it flourish again, albeit for one last time.

The war came as a result of Spain’s King Charles II dying without an heir. Given the country’s sizeable empire, a conflict soon broke out over who should replace him. On one side the forces of France and Spain – the ‘Two Crowns’ loyal to Philip V. On the other a ‘Grand Alliance’ of England, the Dutch Republic and others keen to ensure that the unison of France and Spain did not upset the balance of power in European politics.

The fighting was widespread, reaching far beyond European borders, but the signing of peace treaties in 1713 saw Philip V succeed to the Spanish throne. Moreover, it resulted in thousands of trained sailors suddenly released from military service and looking for new employment. With an increase in trade and slave shipping across the Atlantic a great many of them soon found work too, either on the merchant vessels or the ships preying on them.

This was the era of Piracy’s most celebrated and infamous names – ‘Black Sam’ Bellamy and Charles Vane representing each end of the spectrum. Neither, nor any of their contemporaries, ever found themselves short of crewmen eager to join in their enterprises.

It wasn’t to last, of course. Merchant ships became better protected and pirate havens grew fewer and farther between. The pirate-hunter Woodes Rogers finished off a few big name buccaneers at this time too. By 1720 piracy in the Caribbean was all but eliminated. The legend of the Golden Age, though, had just begun…