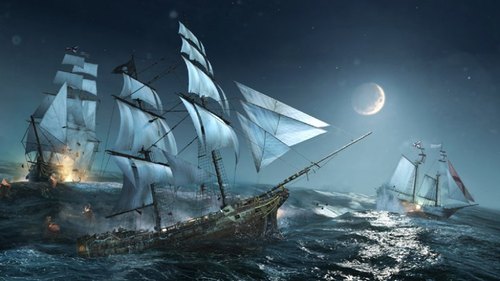 ACIV: Black Flag Associate Producer Sylvain Trottier joins us once more to share some of the features made possible with the great-looking Companion App for iPad and Android tablets.

Sylvain: “The Assassin’s Creed IV Companion App is coming first to Android and iOS tablets, the original idea being as a Second Screen application. So, you use it while you play the game. When you launch the Companion App the game asks if you would like to connect, sharing the same Uplay account as the one you’re using on the console. The App then looks on the server to find where you are in the world. You can then add markers on the map inside the App to guide in the game.

“What’s really cool is that, while your friend is playing the game for example, you can use the Companion App to point out areas of interest: ‘don’t forget there’s a treasure over here, a shanty over there…’. Your markers appear on their game screen, so you become like a quartermaster.

“The main idea, though, was comfort. Everything you see in the App is already in the game, but with the App you are kept immersed, as much as possible, in the game world. You don’t need to consult the map in the game, since you have it available on the tablet which could be resting on your lap. It’s also useful to consult treasure maps while you line-up the landmarks featured in the sketches.

“Also, because the Animus Database is available here too, it’s like having the entire Encyclopedia of Black Flag at your fingertips. Finally the Fleet Meta-Game is also playable in the Companion App, so you can direct missions and earn rewards even while you are away from the main game.”