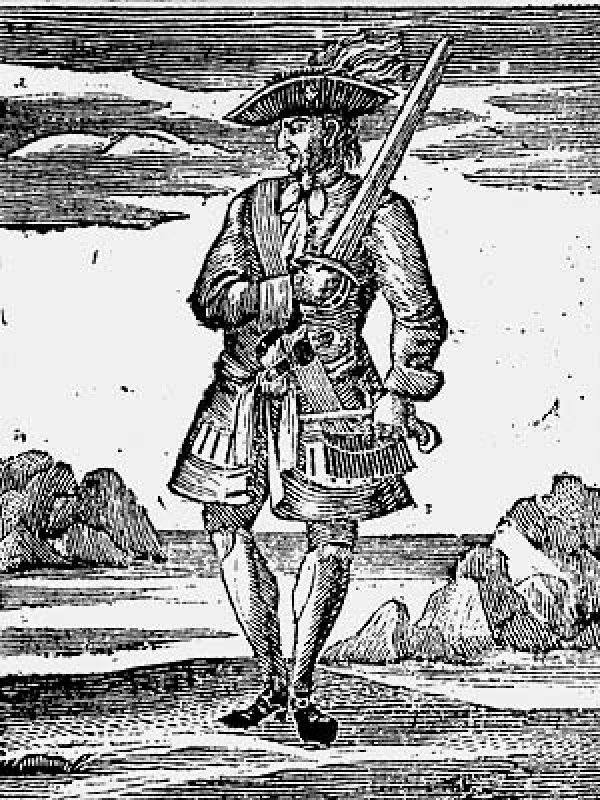 John ‘Calico Jack’ Rackham is noted for many reasons – the colourful clothes that gave him his nickname, his torrid affair with Anne Bonny, his working relationship with Charles Vane and his obvious influence on the creators of Jack Sparrow to name a few. As a pirate, though, he was bold, brash and popular with his crew, but not especially successful.

Rackham was serving as quartermaster to Charles Vane in 1718 when the opportunity to strike out in his own arose. Vane had been unwilling to attack a French man-o-war on the grounds that it was much larger than his own ship. Rackham argued that the French ship was likely to be loaded with riches and would make a fine addition to the fleet, but Vane overruled him. His crew then branded Vane a coward and voted Rackham as their captain.

Rackham’s career thereafter involved small scale conquests in and around the West Indies. This included the cargo ship ‘Kingston’, which would have been a decent prize except that he took it in plain sight of Jamaica’s Port Royal, whose outraged merchants immediately sent bounty hunters to bring him in. Calico Jack only evaded capture by hiding on land, but he lost the Kingston in the process. Better fortunes followed, but back in Nassau he decided to accept the amnesty offered by Governor Woodes Rogers.

It is here that he met and fell in love with Anne Bonny. The two stole a ship and returned to piracy together, only to get caught unexpectedly (Rackham was apparently drunk) by the pirate hunter Jonathan Barnet. Bonny escaped the noose and had little pity for Rackham, who was sentenced to hang in Port Royal. The spot where his body was put on public display is known to this day as ‘Rackham’s Cay’.