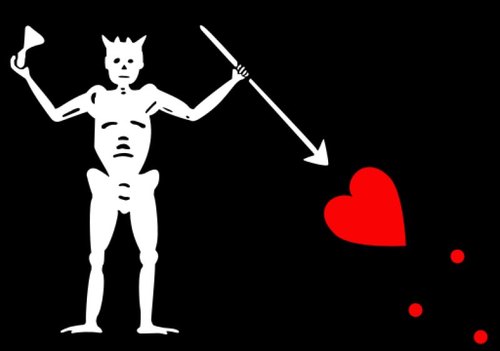 There’s no record of Edward ‘Blackbeard’ Thatch ever having used violence against those he captured, but that is not to suppose he was a soft touch in any way. Indeed, he was quite unafraid to employ whatever tactics he deemed necessary to get what he wanted.

Take his outrageous blockade of Charleston, South Carolina, in May of 1718. Ill-equipped to deal with the predations of pirates of any description, it was an easy task for Thatch and his fleet to lie in ambush for ships entering or leaving the town’s harbour.

Nine were taken and liberally ransacked in the first week alone, including the Crowley bound for London with its full complement of well regarded Charleston citizens. Blackbeard wasted little time in holding them all to ransom in return for much needed medical supplies. One of the passengers, Mr. Marks, and two pirate escorts were despatched with this message forthwith.

What should have been a straightforward transaction soon went awry when Marks’ boat capsized en route. Blackbeard added a couple of days to the schedule, but still the ransom party did not return with the goods. Eventually Marks arrived, explaining that the medicine had been gathered in full but the pirates had been too drunk to deliver it.

True to his word Blackbeard released his prisoners, although not before he had relieved them of their fine clothes and any valuables. He had a fearsome reputation to uphold, after all…