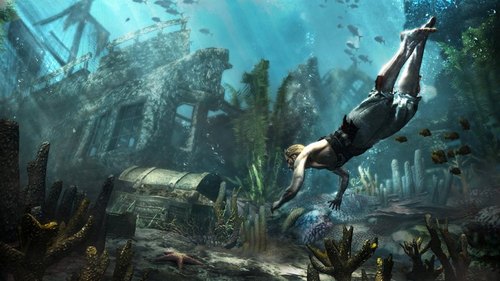 The War of the Spanish Succession had been an expensive affair for all parties, and none more so than Spain itself. With the nation’s coffers heavily depleted, King Philip V commissioned a fleet of ships to bring as much treasure as possible from the country’s territories in the New World – regardless of the cost or consequences.

This bold mission was plagued with bureaucracy and minor disaster from the outset, and it was two years before the fleet could rendezvous in Havana. However, on July 24 1715 a dozen treasure-laden ships finally set sail for Spain. The timing could not have been worse.

Seven days later – and deep into the hurricane season – the fleet ran into a severe storm off the Florida coast that wrecked all but one of the ships and took the lives of over 1000 crew and passengers. Those that survived swam ashore, although many still perished as they waited for aid to arrive.

The mission to retrieve the fleet’s precious cargo began without delay. The Spanish recovered as much as half of their treasures, in spite of the predations of the pirate Henry Jennings who stole 350,000 pesos in a raid the following year. The rest was kept in Davy Jones’ Locker, until modern day collectors and fortune hunters took their share.

You can read the true story of the 1715 fleet right here. Meanwhile, you might consider Florida for next year’s holiday – salvage experts estimate that over $550 million Dollars of Spanish treasure still remains unclaimed!